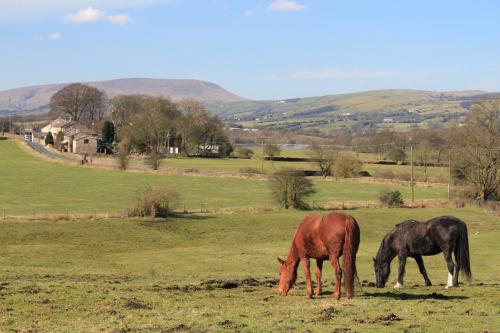 In 2014 an oil and gas company called Cuadrilla applied for planning permission to develop two new sites to explore for shale gas by drilling, hydraulically fracturing, (fracking) and testing the flow of gas. The sites are at

As several of the monitoring arrays are located in the Woodplumpton Parish area, see map here the Parish Council has provided a link to the British Geological Society who monitor activity at the arrays.

With regard to the fracking applications, Cuadrilla lodged appeals to the Secretary of State which were heard at a public inquiry in early 2016.

On the 6th October 2017, the Secretary of State for Communities and Local Government allowed Cuadrilla's appeal for fracking at the Preston New Road site and granted planning permission, subject to conditions.

The Secretary of State said that he was minded to allow the appeal relating to the Roseacre Wood site but that the public inquiry should be reopened to allow further evidence to be submitted by the appellant in relation to highway impacts. Arrangements are currently underway for the reopening of the public inquiry which is likely to be in early 2018.

The Secretary of State's decision letter and Inspectors report can be viewed here.