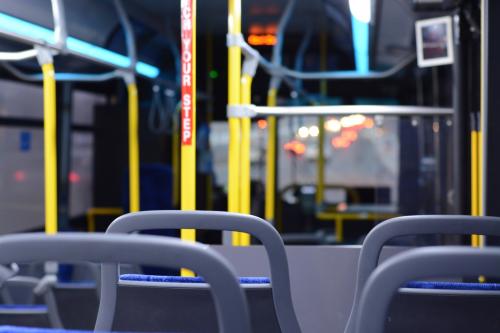 View All Changes to Services

A new hourly Monday to Saturday evening and Sunday daytime service will also operate between the City Centre, Cottam and Fulwood Wychnor.

The county council will introduce this new service, maintaining a service for Cadley, Woodplumpton and Broughton, partially replacing the amended Services 15 & 77A.

The service is extended from Broughton through to Longridge via Goosnargh and Whittingham, increasing the service provision in conjunction with Service 45.

In Longridge town centre, the service will loop Calder Avenue and Higher Road serving additional areas within the town including Beacon Fell Caravan Park. This follows a number of requests from local residents for the restoration of a bus service link.

Rotala Preston Bus will operate this service on behalf of Lancashire County Council.

The county council will introduce this new service across northwest Preston and the Fylde, partially replacing Services 77 & 77A.

The county council will withdraw these services and will be replaced as follows:

the section of route between Preston and Poulton will be served by new Service 74:

the section of route between Poulton and Blackpool will be served by the extension of  Service 76.

The four return journeys per day to Myerscough College will be withdrawn, passenger numbers prior to March 2020 showed on average two passenger trips per day across all eight journeys, which were normally students attending Myerscough College. These students will continue to be able to access their dedicated college bus services from across the area, as well as the frequent daytime shuttle service available between the college and connecting bus services on the A6.

The withdrawal of the Myerscough section enables the resource to be redeployed to allow for the extension of Service 76 from Lytham through to St. Annes via Clifton Drive Hospital.